HISTORY OF THE EMPIRE HOTEL 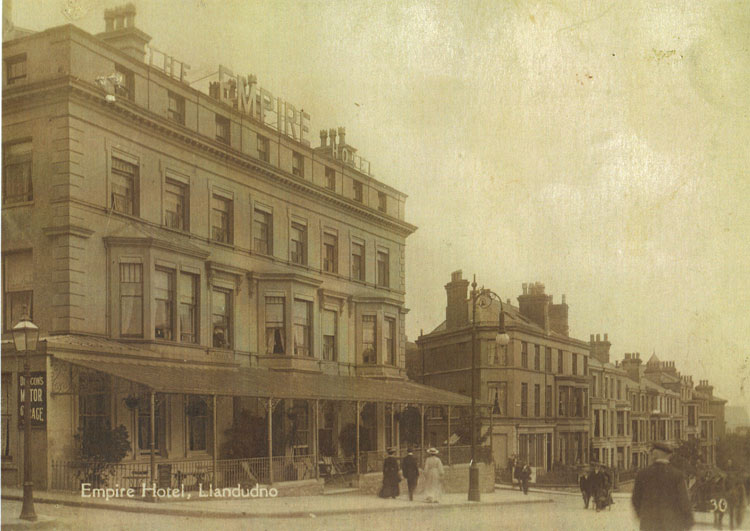 Our story at the Empire began when Edith and Harold Maddocks came to Llandudno from Birmingham in 1946. The MADDOCKS family have been here ever since and it is now in its third generation and hoping to pass onto a fourth. It began life in 1854 as the towns first block of shops and hence the name of the Watkin's Restaurant as that was the location of the Italian wine merchant. When Edith and Harold arrived in 1946 there were just 20 rooms and 2 bathrooms and it has grown over the decades and now incorporates 56 rooms in the main building, 8 in 72 and 7 in Osborne House.

The second generation at the helm of Len and Elizabeth Maddocks (1963) really expanded the hotel adding bathrooms to all rooms, an indoor pool in 1980 (the first in North Wales) extending the restaurant and bar and adding wherever possible. It was a programme of continual investment which carries on today.

Len and Elizabeth Maddocks can still be seen around the hotel today, though not quite so much, and the hotel is run by the third generation of Elyse (nee Maddocks) and Michael Waddy (1993). Elyse and Michael's focus is on service and food - Michael is a chef and hails from Texas, USA so he runs the kitchens and Elyse runs the restaurants. They also continue the tradition of re-investment and are hopeful to pass onto the fourth generation with daughter Jessica showing a keen interest.

Expanded the hotel with bathrooms for every room

Michael, a chef from Texas, focuses on food, Elyse on service